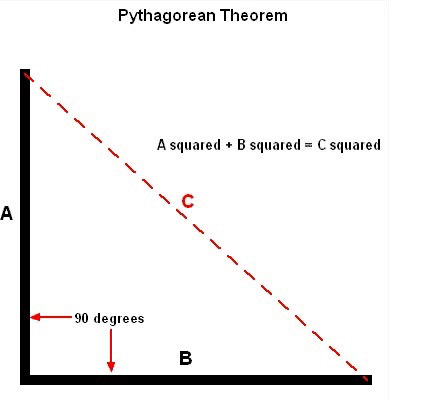 Start with a benchmark point, a place to measure from. This depends on how the building is oriented, so it could be the south facing (equator facing) wall of a building.

Most buildings have square rooms as most roofs are made of squares and rectangles. Building layout with proper dimensions with patience insures the walls will be in the correct places to receive the roof.

Starting with the the main wall or benchmark point, a 90 degree angle will have to be measured. The diagonals of the rooms must be the same, this results in a square room with 90 degree angles.

The 90 degree angles can be confirmed again with measurements. 6’ length on one side, 8’ length on another side and the longer dimension of 10’ is the horizontal length. Dimensions of 12’ x 16’ x 20’ can also be used.

Around 2000 B.C. the ancient Egyptians needed a way to lay out square corners for their fields. They took a length of rope knotted into 12 equal sections and stretched the rope around three stakes arranged in a triangle. When they had 3 lengths between two stakes, 4 lengths between the next two, and 5 lengths back to the starting point the hypotenuse of the right triangle was formed. 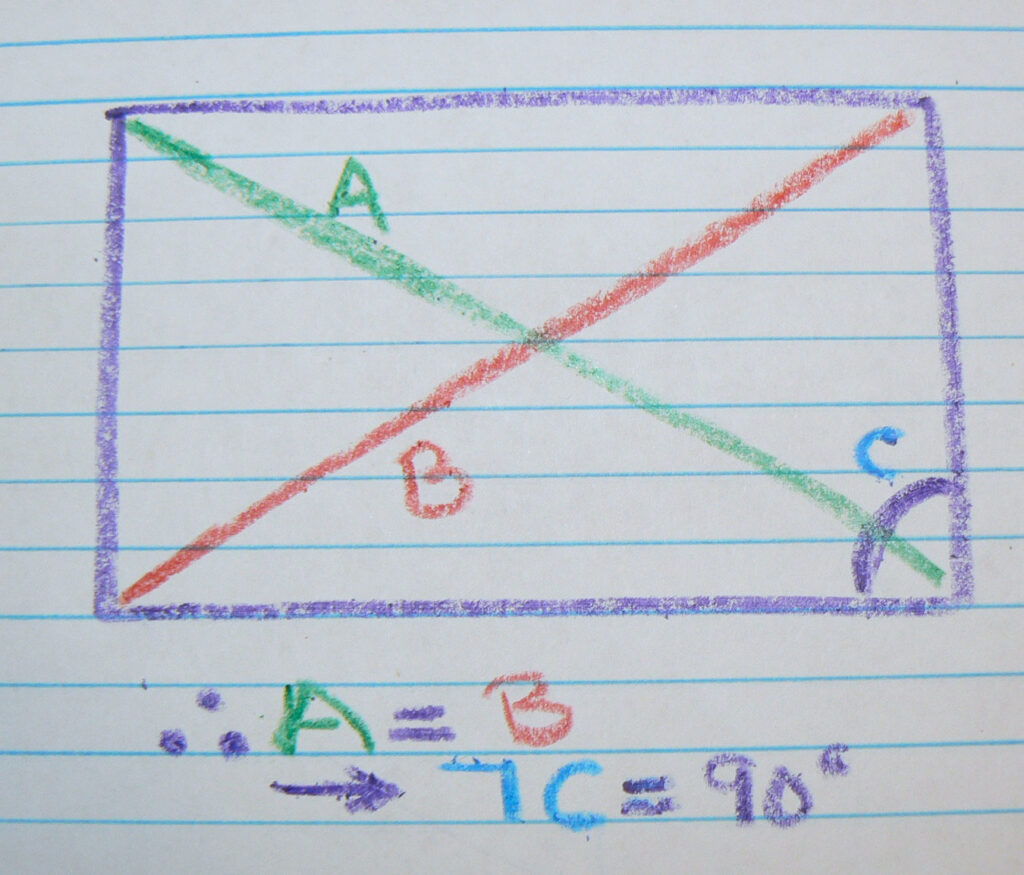 A man named Pythagoras became famous for formulating the Theorem, however it was certainly known earlier. He was a Greek philosopher and mathematician born around 530 B.C. He founded a brotherhood called the Pythagoreans in Crotona, Italy, among the aristocrats of that city. The townspeople became suspicious of the brotherhood and killed most of its members in a political uprising. It is not known if he fled the city before the uprising or was killed in it.